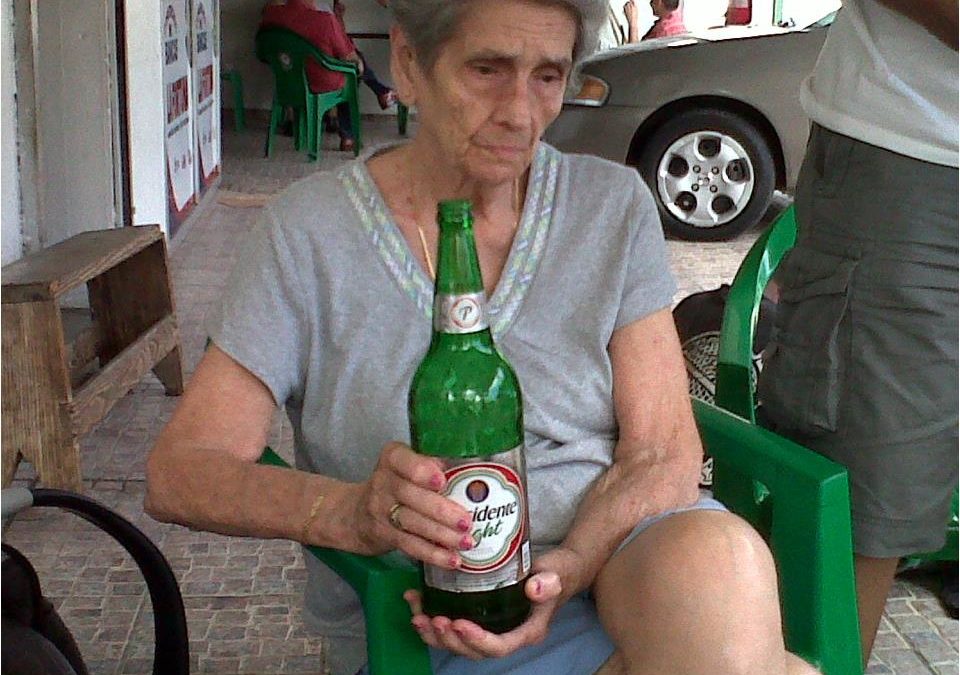 Any place you visit will have a kind of cultural dictionary. And I’m not talking about the 101 terms – the hola or gracias of every language, although of course when traveling it’s good to know those. In the Dominican Republic, hola and gracias are important, as is por favor and baño, but you should also school yourself on the lingo, the real talk – the words that are the beating heart of the culture, the root. These words are as much a part of the people as the legs they walk with and similarly, they’ll get you as far. They have a life of their own and will move you from The Tourist Zone (which comes with it’s very own bullseye on your back) to the firmer ground of From Here Zone. 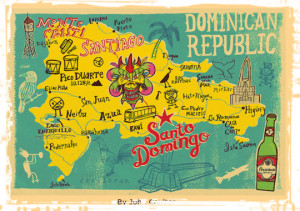 These are 6 words you must know from the Dominican Dictionary when coming to our colorful island (complete with *very professional* pronunciation help). Whether you actually speak these words or not is up to you but knowing them will win you half the Battle of Frustration. Be prepared: you will hear these a lot.

(I know you see three words but it is always said as one:
queloque and pronounced as K LO K.
Side note: great for texting.)
Translated it means “what is what”, which reminds me of “what it is (ees)”, which I personally love since it sounds fun to say in your best pimp voice. New Yorkers: This is your version of “How You Doin’?” Sure, you could just say, “Hi. How are you?” but why would you when you’ve got, “How You Doin’?” This is the exact same thing. I, personally, haven’t brought myself to use queloque yet but it’ll be my goal for this year.
Goal: Use queloque like a boss.

(pronounced väy-nä, like the va in vase with yna at the end)
Translated, it means something along the lines of thing, stuff, crap, shit, damn, problem, anything – no, really, a-n-y-t-h-i-n-g. It has positive connotations. It also has negative connotations. Exactly… it’s that kind of word. Don’t be surprised if you hear this word used in every sentence for everything at any time. In fact, if you’re ever stuck on a word, just insert vaina and it will probably fit. It is confusing, I know.
Let me give you some examples:

It’s an umbrella word, a catchall kind of phrase.

Whew! That was a tough one, let’s move on to an easier word…

(pronounced cheen)
Spanish basics might have taught you that if you want “a little bit” you would say un poquito. Un poquito is understood in the DR, but the majority of the people here use un chin. It’s another word I don’t use; you will probably never hear me say chin because Cubans (which I am) say un poquito and it’s already hardwired in my brain but my daughter, who is growing up on the DR rock, sometimes says un chin like a true Dominicana. (pronounced tee-grey minus the y)
If you visited Asia and someone said tigre (tiger), you’d run. If you visit the DR and someone says tigre, you should still run. A tigre is a wheeler and dealer, a street hustler, or smart ass. Plenty of men over here are called tigres. Personally, ain’t nobody got time for that.

(pronounced the same as por favor but without the vor at the end)
The Aussies of the Caribbean (as Australians like to shorten words like sunglasses to sunnies or biting insects to bities – maybe next I’ll write an Australian Dictionary…), Dominicans love shortening words. Correction: they loooooooooooove shortening words – even words like por favor that don’t really need shortening but… ok. Porfa is the shortened version of por favor which most people know from their basic training in español to mean “please”. So if you are at a restaurant or colmado and want to say thanks DR style, porfa it up.

Since we’re on the topic…

(pronounced F-U-N)
You can buy two things at the colmado: water or beer. Ok, you can buy a few more things, but in its true nature, the colmado to DR is what the Spanish Steps are to Romans: a place to sit, shoot the shit, and watch the world go by. It might be my favorite thing about the island. There isn’t much to a colmado: You go there. Pull up one of their green, plastic Presidente (national beer) endorsed chairs. Buy a frozen slushie Presidente (no exaggeration – it is that cold) or set up a game of dominoes and enjoy that you live on a tropical island where the sun and the gods are always smiling on you. 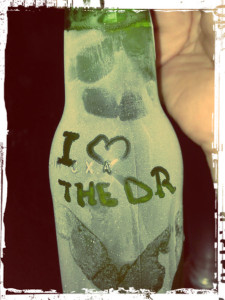 Yes. It is THAT cold.

(pronounced joombo)
If you’ve ever bought a 40 oz. beer, you’ll be familiar with a jumbo: the big boy beer you order at the colmado. You can also buy medianos (medium) or pequeños (small) but since colmados are a social place where you go to socialize (usually), a jumbo is just the more economical way to go. Here’s a bonus for you…