Will Run for Jamaican Jerk

Life on a rock has helped me to discover the joy of merging my two passions: running and photography. If you’ve ever seen the movie Yes Man with Jim Carey, you know that this is actually a thing. I like to think of it as high-speed camera art. I’ve been doing it since cameras became a universal feature on cell phones which, in my opinion, is the best invention since SPF 50. There are many photo-worthy sights to see on an island run. But beyond the breathtaking sunsets and sparkling seas, I like to focus my lens on the more comical of subjects. My current Top 5 Island Photo Favorites are…

I know what you’re thinking: that’s not too crazy… two sun-kissed couples having fun playing in the ocean trying to knock each other off their shoulders and into the water. No. I literally mean two chickens in an all out war, screeching and pecking each other like their lives depend on it. And not an organized, cockfight of the illegal variety. Just a run of the mill, roadside, feathers flying, chicken feet kicking like kung fu masters battle royale – over which I can only imagine to be differences in political opinions.

Running downtown with five monster-sized cruise ships sprinkling the marina is like pushing a bullet through a tightly packed sausage. It is more than a little difficult to try to navigate your way through the throngs of pasty white, overweight cruisers who just stepped away from the buffet long enough to say they were actually in Cayman. They have the same look of vacancy in their eyes as they slowly try to figure out which way to go. It’s especially funny when they can’t quite wrap their heads around the fact that we drive on the left and they cross the street looking like they’re in a lifesize game of Frogger.

When I moved to Cayman two years ago, I had never seen so many iguanas of every color and size. Cayman iguanas have a confident air about them, demonstrating to one and all that this is their land and they merely tolerate having to “share” their birthright with us annoying humans. Not only do they feel entitled to swim in our pools, sunbathe on our cars, and eat the mangos from our trees, but they also leave their droppings EVERYWHERE. Their only predator seems to be pesky island dogs who enjoy tossing them around like rag dolls. About 8 months ago, we adopted an island dog and I tried taking him along with me for my runs, but as you can imagine, he spent the entire time terrorizing the iguanas, making them run away so fast that they stood on their hind legs and bolted like cannons into the sea. Truly a hysterical sight!

Unlike other small islands, Cayman has a large, sophisticated restaurant scene, making me forget sometimes about all the other authentic Caribbean food that is available here. But when I’m running, I’m able to pay closer attention to the local food stands and appreciate the deliciousness the Jamaicans are cooking up while standing over smoking hot oil drums in the sweltering heat. You can smell the intoxicating aroma for miles – talk about running motivation. After a long run, sometimes the chicken will call my name, seducing me by the smell alone. I feel the necessity to warn you though – their “blue lips” sauce is so spicy, I actually thought my lips were gonna turn blue and fall off. Beware. For those of you who who don’t know who Kirky is, he is the salt and pepper afro’d and bearded iconic hobo of Cayman (go ahead and Google him). I see him on every run. I spot him playing dominos on the beach with other locals, doing headstands, or dancing with the kids in the streets. He’s generally always around and something feels like it’s off if I don’t catch a glimpse of him. He has a quirky personality and always waves to me with with a big smile on his face. His sad story of heartbreak after his wife left him that threw him into a downward spiral only to lose everything seems like a distant memory now. Everyone does what they can for Kirky, making him Cayman’s most beloved vagabond.

Running in Cayman is truly a feast for the senses. The sound of exotic birds singing, roosters crowing, brightly colored buildings everywhere, and the smell of jerk chicken are just a few of the things that keep this island “runnah” coming back for more.

Do you run on your rock? What island sightings make your Will run for… list? 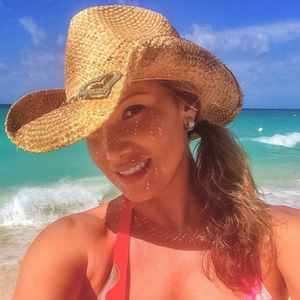