The Stress of Island Home Ownership

There are a few things that I have come to appreciate about western industrialized nations. For example: flushing the toilet without a thought for where it all goes, which goes hand in hand with turning on the faucet and having potable water (although I’m from Michigan, not far from Flint, and that gave everyone in the US pause when it came to water quality), consistent electrical power (although that is also getting less and less reliable with the aging infrastructure…), and for the most part, security in and around the home (and, here again, it very much depends on where you reside.)

I spent my time in the US frantically driving from work to school to grocery store, parking and walking through slush, from heated car to frigid outside temperature, or muggy summer heat to overly cooled air-conditioned stores, feeling as if I were marble, I would have cracked at some point.

Stress was a constant companion and had nothing to do with the truly important things in life, but rather our self-imposed human time deadlines, pay schedules, and our workweeks’ demands. I’ve found that my stress on an island is more about trying to have those things we left behind when maybe we don’t really need them anyway. But I, like many of us, have a dream of a house with an ocean view and a carefree lifestyle of leisurely strolls down the beach complete with all-day cocktail hours with friends. Unfortunately, all of these island dreams come with a price: island stress. 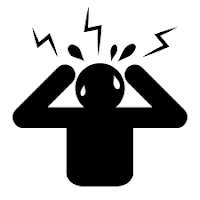 Which brings me to the most important and hard lesson we have learned about owning a home in the Caribbean: You need to know how to do EVERYTHING YOURSELF. We have only found a couple individuals, Dominican and expat, who really know what they are doing. There are many who claim they do, but experience has taught us that they really don’t. The standard answer to the question, “Do you know how to…” is “Yes” or “My brother is an expert…” Maybe this would be better if we lived in a bigger city, but based on many discussions with people living in those areas, my guess is it would be the same. Luckily, my husband is Master of the Impossible which comes in handy when inevitably… Note: Waterlines in the Dominican Republic are not buried. So while there’s no frost line to worry about – yay! – this does mean everyone and everything has access to your waterline…

The original builder may decide to open a pipe through the roof just above the electrical box so it can enjoy a little refreshing rain.

“Plumbers” working on fixing neighbors’ waterlines may cut yours and hijack your water source.

Or, a re-introduction of cattle to the adjacent property may mean the cows need water and get yours.

Our favorite water problem we’ve had in our little barrio of Naranjito is – get this – the guy whom everyone calls to fix water lines was recently caught breaking them on purpose… to get the money to fix them! Never a dull moment. Don’t ask me if that means that he’s no longer the one called to fix water lines… that, I really couldn’t tell you. And then there’s the issue “How do you get to the problem?”

The power company doesn’t understand the inherent dangerous chemistry of intertwined copper and galvanized wires. (I didn’t know this one either, but then it’s not my job to go around repairing electrical systems… apparently, the chemical reaction creates fire!)

The power company gets a bit “cut happy” with all the power lines on the pole; yours, your neighbor who pays late, and your neighbor who doesn’t pay at all. (Why physically cutting the lines, which then requires someone to come back out and reconnect them – which is dangerous and, given the road conditions*, time-consuming – instead of just charging fines, is beyond me…)

Lightning strikes blow fuses of your barrio’s very necessary power inverter, but somehow a blown fuse is too much trouble to look/test for, so we’re all left in candle-lit dining with no fans to move hot stagnant air for about a week.

Frankly, there are just too many little annoying things that go on because the electrical grid is constantly fluctuating and going through “upgrades” that I just don’t have the desire or time to list any more of them. The road is nearly impassible due to flooding, deterioration due to that flooding, poor construction that doesn’t take anything like grade, drainage, or engineering of any kind into consideration, or maybe poorly implemented protests that block roads with fallen trees or old tires which may or may not be on fire. (Here again, being from Metro Detroit, home of some of the worst roads in the United States, means my expectations were low to begin with.)

Painters don’t bother moving anything, so you need to get used to the new paint speckles all over your wooden furniture, windows, and deck.

The gardener that you pay for two days of work is often tasked to do things for and by the neighbors during your scheduled time for which you are still responsible to pay for while you watch… for their convenience?… It’s a test of your ability to negotiate the fine line of neighborly friendship between “WTF?!” and “Will you keep an eye on things when we travel back to the Capitol/the States for a few days?” Seriously, on an island, your neighbors are the first line of defense, as the police are definitely NOT going to come when called.

Everything is CONCRETE, not the easiest stuff to rearrange just because you didn’t like the layout of the rooms.

[INSERT GRIEVANCE HERE] (I’m sure I’m not fully recalling all various incidents but, if I have managed to forget a couple then I am further along towards my goal of island Zen wisdom than I thought.)

Before you think that I regret life on an island, let me just say: we are fully aware that all of the troubles we encounter here are due to our own high expectations. Realizing that, they feel conquerable and less stressful. It also helps tremendously that I am just the arm candy to my handy significant other… in other words, I’m totally useless when it comes to repairs and maintenance and as a result, I definitely feel less stress.